A new word that represents a whole new world: NFTs were not so well known or even pronounced by most of us before Beeple sold his artwork for $69.3m last March, making it one of the most valuable pieces of art ever sold by a living artist (and we all know the story!). Nine months later, data gathered by the firm DappRadar shows that trading in NFTs reached $22bn this year in 2021, compared with $100m in 2020.

NFTs have been booming in the art market but for creators and art professionals, what this new technology brings goes way beyond just the market. To us, 2021 is the year of NFTs because they have opened up uncountable possibilities for individuals to create, produce and distribute art. It revolutionized the way artwork circulates, how people engage and relate to them as well as how they own them. NFTs provided the institutional art world with new tools museums, artists, curators, and art professionals never considered before (Artpool being one of them!) and took discussions around community, engagement, communication, distribution, ownership and authenticity to another level.

Let’s do a brief recap of NFTs art history in 2021 - and of Artpool’s beginning!

Even before American digital artist, Mike Winkelmann aka Beeple sold his digital collage “Everydays: The First 5000 Days”, some of the first NFTs considered to be created were the “CryptoPunks”, in 2017. The series consists of 10 000 pixel portraits of punks that became popular this year and were sold for millions in May. The “Bored Ape Yacht Club” launched that same month was a 10 000-part series of apes wearing different accessories and hair colors that added an important factor to NFTs: community building. Owners of the Apes started to join networks, meet-ups and offerings especially held on Discord, the voice, video and text chat app originally built for gamers that have exploded within NFT enthusiasts. They take part in channels to be engaged in different NFT communities, discuss and have their voice heard. Alongside Twitter, Discord became the best social media to stay in the loop around NFTs.

Never forget about Clubhouse, though: the voice app became very popular last spring because people wanted to understand NFTs and Blockchain, and news on the web was overwhelming and slow in comparison to the speed of the Crypto world. In April, Artpool, which was then still named after its parent company, Art Curator Grid,  launched a series of talks on Clubhouse and invited several crypto-enthusiasts and art professionals to hear their opinions on four different topics related to the NFT world: Sustainability, Ownership and Authenticity, Community Building, and Good Causes. We transformed the thought-provoking discussions into the report “Demystifying NFTs: What can they bring for curators and art organizations?”.

Over the following months, as traditional auction houses Sotheby’s and Christie’s and galleries like Pace invested heavily on resources for the creation of their dedicated NFT platforms, artists were ahead of time exploring and developing amazing tools in the Blockchain. Portuguese urban artist Vhils, known for using explosives on the façade of building to create portraits of voiceless locals and marginalized people, created projects like The End of the Industrial Era. He recorded his ephemeral 2-second long art piece with cameras that film 2 000 frames per second. His videos were sold as NFT editions on Nifty Gateway. Many important subjects in contemporary art were addressed, challenged and updated in this project: ephemeral work, conceptual art, performance art, and site-specific installations.

More than digital art in JPEGs or GIFs, NFTs also paved the way for new technological creations which is the case of generative art. Although its roots go back to the 1960s, today generative artists who develop autonomous systems that determine features of one artwork can actually shed light on their work and sell their creations on platforms like ArtBlocks. An artist uploads their code and when a collector buys a work, the algorithm generates the piece instantaneously to be one of a kind piece. Artists like Tyler Hobbs and his series Fidenza had astronomical returns last August.

At the same time these mind-blowing artworks and platforms were being created, our team at Art Curator Grid and Artpool were doing in-depth research, talking to professionals  all over the world, and learning about other inspiring initiatives. We understood NFTs brought the tools we needed to create a platform that would help solve the biggest challenge curators, art professionals, artists and institutions face: money. Our network of more than 800 curators and 150 institutions would finally be able to raise funds for their physical projects, because smart contracts, crypto money, NFTs and blockchain allow transparent, traceable and simple transactions to happen, with creators  deciding the percentage they are going to receive for each sale of their work.

This revolution demanded a bigger team. Therefore we went from seven to twelve people in a matter of weeks. Collectiveness, partnership, daring, experiment, challenge are important values in art and in the NFT world, so we joined forces with white-label platforms such as Unique.Network, which runs on independent network Kusama, who has been guiding us on this journey. It is great for bold experimentation and closely related to decentralized blockchain Polkadot, which is also cross chain with amazing potential. We are also learning with Outlier Ventures, who shared an excellent report about what they call the Open Metaverse. Finally, in October, we launched Artpool, the first curator-driven NFT platform powered by a global network of vetted art professionals. The hybrid launch event in Lisbon represented our mission at Artpool to act as a bridge between the physical and digital worlds, as well as NFT and art worlds.

The crypto revolution also went physical at events such as NFT.NYC, a four-day conference in November that brought collectors and enthusiasts from around the globe to hundreds of venues in New York. Miami Art Basel, the traditional fair held annually in early December embraced crypto and became a major sandbox for NFT art. Whilst Collins Dictionary chose NFT for the word of the year, Power 100,  Artreview’s list of the most influential people in art elected ERC-721, the specification for the non-fungible token as this year’s number one.

Exciting discussions around Metaverse and Web3 intensified at the end of the year since NFT technology enables the property transactions that drive the Metaverse. This year’s fast developments showed us a bright future for the internet is right around the corner. (We explain more about Metaverse and Web3 in this text)

On our side, we officially merged our platforms to be Artpool solely and this December have been working hard to host campaigns that use NFTs as a tool to fundraise (now hosting  project #3 for Tirana Art Center, and counting!). As we enter Web3, discussions around tokens, decentralization and community are primary focuses for our team.

Yes, 2021 is the year of NFTs. But let’s face it: not too many people relate to that. 2022 must be the year when more people will understand what NFTs are, what they mean, and how they work. To us, 2022 is the year for education, onboarding, access, and wider reach. Artpool aims at helping more and more artists, curators and art professionals understand how they can use the blockchain  in their practice, why it can bring them benefits and how their practice can still be consistent in the digital realm.

2022 will be the year of access to knowledge for our community, let's grow and open the doors between these two worlds. 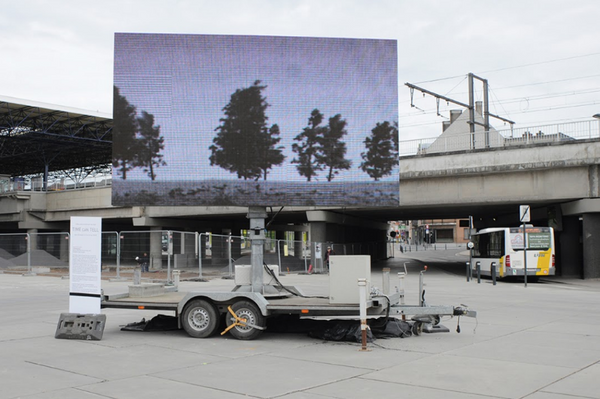 Artpool Blog
—
2021 was the year of NFTs. And Artpool’s year too!
Share