Even before the Pandemic, the art world has been searching for new ways of being – and of course, this goes way beyond the art field. One possible path is to reconnect with ancestral knowledge. Therefore, ancestrality, cosmology, cosmovision, and the wisdom of nature have been increasingly present subjects in the most important venues of the art world. In 2019, the 58th Venice Biennale curated by Ralph Rugoff and titled “May you live in interesting times'' united a considerable number of artists from different parts of the globe discussing the times we are living in through artworks that highlighted the imperative connection with ancient knowledge. Postponed to September 2021, the 34th Bienal de São Paulo that carries the theme “Though it’s dark, still I sing” selected by chief curator Jacopo Crivelli Visconti, will shed light on Indigenous Contemporary Art in Brazil and the Caribbean. Not to mention that the main Brazilian museum MASP – Museu de Arte de São Paulo, has recently announced Brazil’s first indigenous curator Sandra Benites, who is now in charge of the curatorial narrative dedicated to global indigenous art set to take place at the museum in 2023.

The artistic scenery in the Amazon Region has been playing an imperative role in such discussions on a global scale. The world’s largest tropical forest that spans nine countries and is home to some 30 million people inspires an impressive and unique breeding ground  of creativity that has been increasingly spotlighted. The webinar “Curators Conversation: Curatorial perspective and research strategies on the Amazon Region”, which was held on Zoom on January 28, 2021 was organized by Art Curator Grid in partnership with MAC Lima to explore the curatorial perspectives on that Region from the point of view of three curators that have on-going and in-depth projects in the Brazilian and Peruvian Amazon region.

In her introduction of the panel discussion, Chief Curator and Head of Exhibitions at MAC Lima, Giuliana Vidarte explained that in the turning from the 20th to the 21st Century, there has been a significant growth in the artistic production that focuses on knowledge production, ancestrality, and political and social facts that have been happening in this territory. Over the last decade, several Peruvian scholars have been working hard on the recovery of the history of Amazonian Art, as well as they are responsible for creating some bold projects within the complex relations between animals, plants, and humans. They have acted effectively in creating connections between the mythology of that region with other fields of knowledge and renewing the discourses and rewriting the narrative of the region from the voice of indigenous artists.

The Museo de Arte de Lima (MALI) has only recently started to include artworks by these contemporary artists in its collection. As an encyclopedic museum of Peruvian art with works from every period of the country’s history, MALI has been revising the categories and criteria adopted in the collection in the last few years. In 2008, a team dedicated to  contemporary art was appointed to fill in the gaps in the museum’s collection and to acquire recent artworks that were produced with a gaze oriented towards the Amazon Region. As former Contemporary Curator at the Museo de Arte de Lima, Peruvian Independent Curator Sharon Lerner was involved in the creation of this contemporary collection between 2012 and 2020. She explained that the social conflicts that have arisen out of the exploitation of the Amazon’s natural resources and the demands of indigenous communities in the defense of their land, as well as the valorization and conservation of their ancestral traditions, have inspired multiple oeuvres in the last years.

Artist Gilda Mantilla, for instance, went on a trip where the borders of Peru, Colombia, and Brazil meet to draw and document what she saw there with the effort to show another perspective to the preconceived ideas created by mass media and the tourism industry. Drawings of the project entitled “Dibujando B” are now part of MALI’s collection. “Asentamientos temporales'' by Nancy La Rosa also deals with representation. Lerner then presented different slides with images taken from the print media of indigenous communities in voluntary isolation more commonly - and wrongly - referred to as “uncontacted people''. Rituals, shamanism, medicinal plants, and Ayahuasca are some of the themes related to the cosmovisions in the Amazon Region and have become frequent subjects in paintings by Dimas Paredes Armas and Olinda Silvano. In “El mundo de matico”, Silvano depicts the plant Matico, which has been used in the Covid-19 Pandemic to help some of the patients recovering from the virus.

In Brazil, the Amazon Region has been making international headlines due to the Covid-19 crisis management. The Amazonas State in Northern Brazil has been under the spotlight during the last months for the surge of infection linked to the virus new variation that overwhelmed hospital services. The current government is under fire. In April 2020, Amazona’s capital Manaus hit international headlines when local authorities carved mass graves in the city after a torrent of Covid deaths. At the same time, the Brazilian Amazon has been at the center of a battle between the government and environmental activists who are calling for an end to deforestation of the rainforest and the violent attacks by illegal miners, loggers, and farmers against indigenous leaders who are trying to protect their land.

The Swiss-born Brazilian photographer and activist Claudia Andujar has effectively dedicated her production as a tool for political change in Brazil. From 1971 and during thirty years she lived long periods with the Yanomami, to shed light on their living conditions and advocate for the demarcation of indigenous lands. She played an important role in establishing the Commission for the Creation of the Yanomami Park which led to the Brazilian government establishing a 96,000 km2 protected area for use by the Yanomami.

Brazilian independent curator Kiki Mazzucchelli has been working on an in-depth research on the work of Hélio Melo, a self-taught artist and rubber tapper from the Brazilian state of Acre, in the Amazon Region. During the talk, the London-based curator explained that Melo depicted the intensive work of rubber tappers, their labor conditions, and frequent exploitation as well as gave a view from the inside on what was going on in the forest in respect to deforestation and violence throughout a great part of his life (1926-2001). Although his work was presented at the 27th Bienal de São Paulo in 2006, curated by Lisette Lagnado, the recognition of his work is still restricted to art professionals and to the state of Acre. He has been also wrongly referred to as a naïve artist. Mazzucchelli has been traveling across Brazil aiming to catalogue his work as well as digitize all bibliographic material she can find, raising awareness to the fact that Hélio Melo was a critical and politically engaged figure whose work needs to be widely acknowledged, especially at this moment in Brazilian history. The outcome of this in-depth research will be a comprehensive monograph on his work and a series of exhibitions in partnership with various institutions in some of the largest cities in Brazil. A traveling exhibition in the Amazon forest is also part of her plan.

This panel discussion recognized the richness of all these fruitful projects by curators, artists, researchers and other art professionals but also left the door open for equally profound questions: how not to talk on behalf of the other and instead bring more voices of protagonists in the Amazon Region to the center of the discussion? How can we talk about “Amazonian Art” if there is not just one Amazonia but a diversity of Amazonias? How can indegenous art be recognized as contemporary art? And last but not least: how can the art world be more effective against the devastation of the forest and its inhabitants? Let us hope that a conversation as rich and deep as this one leads to the opening of another but necessary debate.

Curators Conversation #3: “Curatorial perspective and research strategies on the Amazon Region”
Webinar by Art Curator Grid and MAC Lima in conjunction
of The Plus Partnership series
Guest Speakers: Kiki Mazzucchelli and Sharon Lerner
Moderator: Giuliana Vidarte
This conversation was broadcasted on Zoom on January 28, 2021 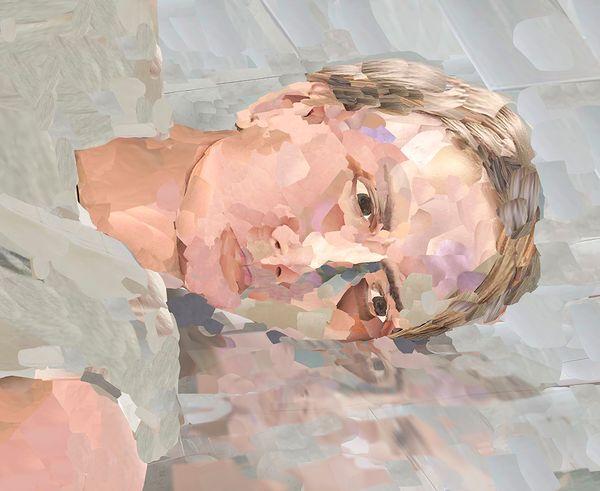 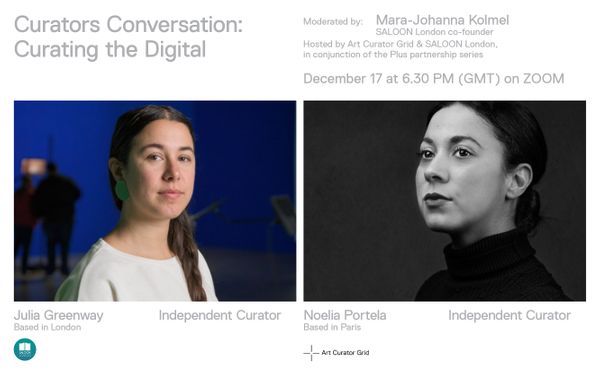