Amongst the eighty national pavilions in the 59th Venice Biennale, here are the seven must-see exhibitions highlighted by our journalist Julia Flamingo:

The 59th Venice Biennale is the biennial of women but also the biennial of self-representation. Minority groups take the lead and tell their own story. They are not 'The Other', represented by dominant groups. They present their own narrative and perspective.

For the first time in history, the Polish Pavilion is taken by a Roma artist. The Roma community is the biggest minority in Europe, with 12 million people. 30 thousand live in Poland. Artist Małgorzata Mirga-Tas is one of them and she tells the story of her people with an astonishing installation of wall textiles. Curated by Wojciech Szymański and Joanna Warsza, "Re-enchanting the World" is a colourful collage made with textiles of clothings of women friends and family members that tells about Roma identity and culture. It is made of twelve parts, corresponding to the months of the calendar. Each one of them is divided into three different sections: the top corresponds to the past of Roma people and how it has been seen and represented by Europe through history. The lower part represents scenes of day-to-day life in the community. It is possible to see children playing, rituals, church, manual work. The middle section is dedicated to the "Re-enchantment of the women": women that are like goddesses, prophets, guardians of wisdom. Women play the role of (re)connecting humans, nature and landscape.

Mirga-Tas is a feminist, activist, educator and artist: to her, feminism doesn't shout. It tells stories.

To talk about cinema by creating a movie set , actually shooting the movie with characters and narrative, and afterwards playing it in a theatre set up inside the pavilion. In its turn, the movie talks about a period in the history of cinema. How brilliant is that!?

Zineb Sadira is the first artist of African descent to represent the French Pavilion at the Venice Biennale. Born in Paris in the colonial period, Sadira is the daughter of Argelian parents who have survived the Algerian War of Independence, which completes 60 years in 2022. Sadira's personal connection to the story led her to investigate the co-productions between Argelia, Italy, and France that in the 1960s and 1970s were used as important weapons to fight for independence. These films spread the anti-colonial dream and boosted resistance.

In the exhibition "Dreams have no Titles", Sadira pays homage to them by reconstructing some of the scenarios and inviting the audience to take part in them. Sound, objects, furniture, light, costumes, music and even smell take us back to the 1970s in a playful and comfortable ambience that raises profound questions about post-colonialism, prejudice, imperialism and power relations today. The show is vibrant: she even invited the curators of the show Yasmina Reggad, Sam Bardaouil and Till Fellrath, as well as the award-winning Sonia Boyce, who represents the UK at the neighbouring British Pavilion, to be characters in her movie.

The Portuguese Pavilion passed unnoticed over at least the last two editions of the Venice Biennale, but this year it’s not the case- Pedro Neves Marques' exhibition is bold and dashing,  a highlight amongst the pavilions scattered across Venice you must pay a visit. Located in one of the rooms of stunning Palazzo Frachetti, right next to the Ponte dell'Accademia, the Gothic Palazzo calls attention to its flowery courtyard and the imposing staircase that leads you to the first floor, where "Vampires in Space" is showcased.

The work by Pedro Neves Marques and curated by João Mourão and Luís Silva is a sci-fi movie projected in three different screens and chapters. As the narrative unfolds, spectators get more and more involved in the story of five vampires who are inside a spaceshift. They are the passengers of a very long trip to a distant planet. Confined, lonely and bored, the five immortal vampires share memories and traumas of the past and expectations for the future (vampires live as long as there is darkness, and it’s always dark in space). Most essential is that all vampires are transgender and non-binaries. They felt as if they did not fit on planet Earth. How will their life be on a planet without social constraints and rules? Without control of bodies and of desire?

As we are proposed to reflect about transgender experiences and emancipation and the various forms of existing in the world, we wish a better tomorrow for our protagonists. This is the first time ever queer art is showcased at the Portugal Pavilion: maybe this already is a sign of a better future.

‘In one ear out the other’. Perhaps this idiom doesn’t come directly to one’s mind when strolling through the beautiful boulevards of the venetian Giardini and running into a colossal ear at the entrance of the Brazilian Pavilion during the 59th edition of the Venice Biennale. But it only takes a few minutes after entering the science fair-like organ, to realise the pavilion is taken over by a collection of more than 250 idiomatic expressions all referring to the parts of the body written in plaques, as well as transformed into sculptures with gigantic fingers, hearts and feet.

​​‘Butterflies in my stomach’ and ‘Bite your tongue’ are some of the expressions which take part in Jonathas de Andrade’s exhibition and work both in Portuguese and in English. However, the majority of the expressions in the show are untranslatable yet an amazing glossary to get in touch with various layers of the Portuguese language, Brazilian culture, context and current struggles. The title of the exhibition itself, 'Com o coração saindo pela boca' [With the Heart Coming Out of the Mouth] stands for a metaphor of the suffocating situation Brazilian people find themselves today, and the difficulties to breath amongst the political, social, health and economical crisis the country has been facing. Today, the collective body of Brazilian people is fragmented, torn apart. The playful and canny works by Jonathas de Andrade echo, reflex and devolve these pressing issues by exploring language, which is itself an expression of the social body. There are layers of understanding for every person - Brazilians, foreigners, art lovers, children, tourists.

The American pavilion has existed since 1930, but this is the first time a black female artist represents the United States in a solo exhibition. This is the Biennale of self-representation and Simone Leigh does it beautifully and strongly. She is shouting her origins and roots out loud, and claiming the space of the African diaspora in the epicentre of the art world.

Chicago-born 55-year-old artist has been working with clay for more than 25 years but she was never accepted as a black woman working with a 'lower' medium by the traditional art world. “I was told by everyone I knew in ceramics there was no way I would ever be included in the contemporary art space,” said Leigh in one of her amazing interviews. The daughter of Jamaican missionaries has tenaciously explored the experiences and social histories of black women bringing references to African traditions, ethnographic research, post-colonial theory and racial politics.

Leigh's exhibition at the US pavilion starts by an installation work in its facade, which makes reference to a palace of Western Africa in the 1930s. It symbolises the struggle against white colonialism. In front, a giant black sculpture of a D'mba, a goddess used in rituals by Guinea people to communicate with ancestors. Apart from the bold exhibition curated by ​​Eva Respini and titled "Sovereignty", which refers to self-determination and independence, her beautiful "Brick House" sculpture is the very first work at the main exhibition of the Arsenale: a 5 metres-high bronze bust of a fierce and edifying black woman that makes a statement for the entire exhibition.

The rule is to enter the Italian pavilion alone. Quietly. And it makes perfect sense. The experience at the biggest national pavilion is richer if it is just you and the off the wall exhibition. Or is it a theatre? Or film scenography?

The remarkable immersive installation is the setting of an abandoned factory. In the first room, big machines, which seem to be old, as well as a playing radio create a curious ambience. Empty rooms and lots of doors lead us to what could have been the sleeping and living rooms of the owner of the factory. After walking in unfurnished spaces with its crackling wooden floor and old mirrors, we are taken to the impressive main room with dozens of sewing machines and no people.

Italian artist ​​Gian Maria Tosatti is a storyteller and alongside curator Eugenio Viola he has been theatralizing art, and creating different acts in different cities in the world. In his installations, there are no characters and actors, just ambience and us, the spectators, who take part in this participative experience. In "History of the Night and Destiny of Comets", the first solo show in history of the Italian Pavilion at the Venice Biennale, Gian Maria Tosatti discusses the failure of the 'Italian Miracle', as industrialization was called in the 1960s. At the time, factories and modernization led the West World to dream with evolution. The bright future, however, never arrived, and in 2022 we can only see war, devastation and the Russian invasion in Ukraine. The dream collapsed.

The exhibition is brilliant: In the first post-pandemic edition of the Biennale, Gian Maria Tosatti actually uses objects rented from factories that broke down during the pandemic.

Although he was born in Antwerp, Francis Alÿs is more Mexican than Belgian - he has been living there for almost forty years. Travelling, walking and displacement take main roles in his practice, as well as the people he meets, the context they live in, and stories they tell. Maily working with video and performance, he explores ephemeral practices and the limits between fiction and non-fiction. One of his most known works, "Faith moves mountains", he asked 500 students in Lima to move 10cm of a dune with shovels. Of course the mountain didn't move, but word-of-mouth and collectivism was actually what he was working with - and in the end, faith did play a role in the community!

During his travels, Alÿs has been filming children's games. Titled "The Nature of the Game", the exhibition at the Belgium Pavilion curated by Hilde Teerlinck displays dozens of videos of children playing, in high-quality and big projections that create an amusing environment. The images are made from the perspective of the children, and make us think that yes, children who play with actual physical games - not only with their smartphones and video games - still exist. As spectators, we are absorbed in their dynamics, but are also exposed to the different realities they live in and how they engage creatively with their surroundings. It is mesmerising to see children in Afghanistan playing with kites in 'Papalote' amongst clay-made houses, and listen to the singing and clapping of the two girls teams during 'Nzango', a Congolese female-only game. 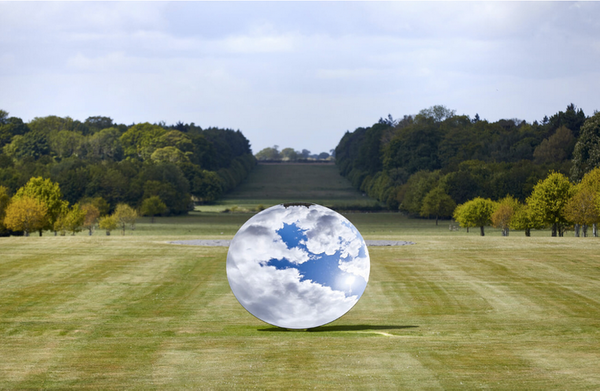 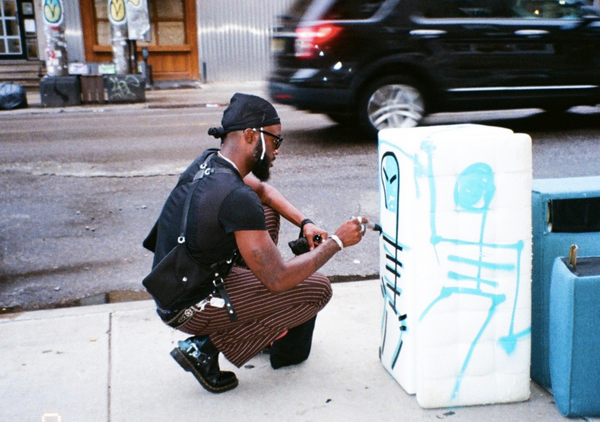