When he was a child going to school in West Philadelphia, the only way Gianni Lee had access to technology was taking turns with the other dozens of childrens to play with the only computer in the classroom for half an hour a day. The rest of the time, he would attend art classes his mom would sign up  little Gianni to, so that he would stay out of the violent streets of Philly – his first art piece during 5th grade was a comic book with  superheroes mixing Dragonball Z and Power Rangers all together.

Today,  Gianni Lee is an internationally renowned artist that keeps drawing  fantastic scenes and creating surreal characters. As for technology, as a  black artist, Lee's aim is clear: he advocates for more opportunities for black kids to have access to it and fights for a legitimate space  for other black artists in the digital world.

Visual artist, DJ,  producer, fashion designer, Gianni Lee explores so many creative fields  it feels he's a go-getter. It is not about separating languages and media, but putting the multi-disciplinary, open-minded and collaborative practice of Gianni Lee into one huge and colourful box and waiting to  see the outcome.

As we’re about to launch Lee newest project on Artpool, Persephone,  a 'phygital' collection of NFTs curated by Tam Gryn spanning digital  illustration, video animation, but also hand painted skateboards and Sneakers (in partnership with Portal, powered by Boson Protocol), we interviewed the New York and Los Angeles-based artist to know more about  his many interesting hats:

In  her early age, Lee's mom was a model. Because he was already drawn to  visual culture, Gianni soon started to develop his interest in fashion  reading magazines that were spread all over the house. Later on, as a student of Communications and Broadcasting at Temple University, in  Philadelphia, and inspired by musician and entrepreneur Pharell  Williams, Gianni Lee founded his own fashion brand, Babylon Cartel.

It was not until Rihanna had worn one of his jackets that the brand  blew up. When he first moved to LA, he was backstage at the DJ A$AP Rocky show and Rihanna was there. Believe it or not, he managed to hand her a Babylon Cartel jacket he was wearing, and next week the brand was a  hit. Babylon Cartel evolved to an ongoing art project mixing  streetwear, music and street art.

Over the following years, Gianni has collaborated from small to big brands like Nike, Fendi, Coach  and Levi's. With the latter, he has done collections such as Black  History Month 2020, in which he celebrates Black community and culture,  and reflects on the Black experience in America. Denim are white  canvases (better said, blue) that allows him to cut and draw, while engaging with his political and social beliefs and spreading them in wearable art.

"Working with  collaborative brands isn't for everybody. Fashion is a very fast  industry, it is not like art. Fashion brands expect to create new works of art every two months, three months. Brands must understand artists take a little bit longer to do quality work. And artists need to understand it is a business and there are lots of ways the work is going  to be used. If artists and brands get over that, we can have even more amazing collaborations like this one."

Gianni  was still at Temple University and was a party promoter when, in 2010,  he reached out for Dirty South Joe to study under him as a DJ. He learned the analog way to play first, with vinyls, when you still had to  put tape on the record. Dirty South Joe introduced him to everyone, and  he started gaining popularity through the viral successes of various  mixtape series he curated.

Gianni soon understood his performance  as a DJ was key to playing to crowds. "As much as I am a futurist, with  live music, the less technology the better. With DJing we get to get out of being laptop DJs and get more into the performance of it. I like the  record box because of it." He manipulates sound to craft his own blend  of progressive melodies and live instrumentation into the more uptempo  club sounds. Using his minimalist ideology, he strips down many of the  known 'club' sounds while experimenting with elements of Hardstyle, Grime, Techno, and R&B.

As a music producer, he made his debut in 2020, with his first official single, Gas. Featuring fellow Philly R&B artist Andrea Valle, the track speaks  about standing up for what you believe in, and highlights Gianni's attempt to endorse more collaborations between black men and women. It serves as a musical extension of the afrocentric themes that are present  throughout Gianni’s visual art and offers a sonic immersion into his  post-apocalyptic, deconstructed universe. Look at one of his works while listening to his music to really dive deep into his world!

ART IN THE STREETS AND GALLERIES

Be it in the streets, in paintings, clothes or digital illustrations,  Gianni has been building new universes with its own characters, stories, and cosmogonies. The dream-like visual narratives he creates incorporate skeletal figures and alien-like subjects to explore  political, social, technological and racial matters in the United States, focusing on depicting the plight of Black people.

His public artworks are spread out in walls of cities like Paris, London,  Bulgaria, New York, Cuba, Los Angeles and, of course, Philadelphia where  he has experienced art-making in the streets since he was a child. It  was in 2017 when Gianni Lee had his first exhibition in Brooklyn, NY.  Titled Why Don't You Hear Me?, it was a pledge for black artists representation in the traditional art world.

It was also the first time Gianni could express emotions in his work, "and  even in general in life", he says. Growing up in a very masculine  environment, he always felt he couldn't externalise emotions and  painting took him there. In his work, vivid colours and apparently  fantastic characters are not depicting happy and bright scenes, but  representing disturbing situations.

Many of his works discuss side effects of technology and communication. In Persephone, his new NFT collection curated by Tam Gryn on sale on Artpool, Gianni talks about our love affair with technology  and how it has invaded our life to a point it can be our best friend or  worst enemy.

"Persephone by definition was a mother from the underworld. But she is in Mount Zion, in heaven. So it's the negative and positive coexisting. I want to  paint this hectic world where technology and communication are claustrophobic. Amidst this madness you just try to exist."

Hosted  in Portal, powered by Boson Protocol, Gianni Lee created an exhibition  in the Metaverse, in Decentraland, as part of our creative partnership. The show,  also curated by Tam Gryn, is an immersive experience into Gianni's  universe, where Persephone images , floating eyes, and a collection of  “phygital” items–which consist in 3 hand painted skateboards and 6 pairs  of illustrated sneakers to redeem after purchasing the NFTs– will be for the public to grab, starting on June 30.

Gianni  Lee is part of what we call the afrofuturism movement, a term related  to artistic creations which, through sci-fi and technology, aim to  create other futures for black communities. We have seen it in Pop  culture, as Beyoncé has done with Black is King and Marvel with the adaptation of Black Panther.  They are discussing the past, present and future of Black people while  thinking what is next in black consciousness. "I would definitely say  that I am a futurist and I have always been into the idea of new  technologies, new frontiers, new worlds. I have also been a dreamer and  inventor in a certain way," says Gianni.

Ancestrality, spiritual  wisdom, and black collectivity are also present elements in his works.  "I don't know exactly who the ancestors I paint are, but I know they  exist. Those narratives and spiritual wisdom are in my blood because I  am a black person and I have the privilege to be open to it and create  art from it."

Talking  about afrofuturism is also related to talking about representation of  black people in traditional art spaces as well as in the digital space. "NFTs for me, for instance, are not about money. It is about artists,  especially black artists having legitimate space in technology. These  new technologies work in favour of the artists because they are able to  create their own narrative, create their own image. And that is  beautiful, that's empowering."

When asked about his opinion on how powerful and disruptive movements such as Black Lives Matter have developed or improved general consciousness  in regards to decolonial thinking, post-colonialism, and black  consciousness, he is not as optimistic:

"I wouldn't necessarily say that we as a social body have improved in  regards to postcolonial thinking. If anything, I just think we are more aware of it. And now is up to us to decide where we are going to take  that narrative. We have been made aware of a lot of things. But we have a long way to go."

Click here for Gianni Lee's newest project Persephone, to be launched on Artpool 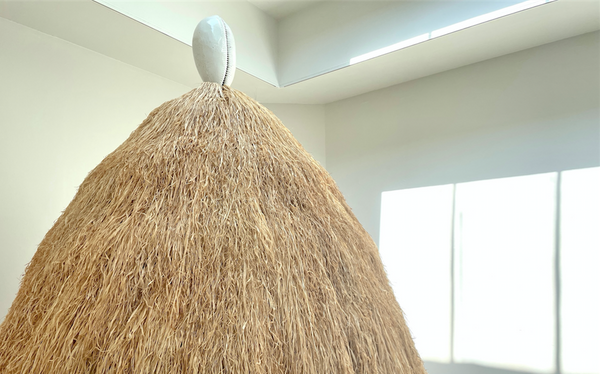 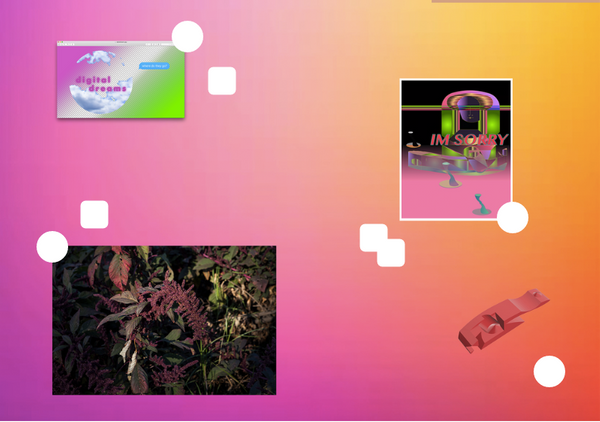