At first glance, two powerful hints from the new online exhibition by Pamela Enyonu give us a clear picture of the subjects the show tackles. Firstly, the potent title “Seat at the Table”, alongside the cover image of the show: a painting in which a black woman stares fiercely at the beholder, indicates the artist is fighting for female's role. “The title summarizes her whole career and what she advocates for - a seat at the table for women”, explained curator Martha Kazungu on the occasion of the online opening of the exhibition on November 19.

The second clue is the hand-shaped map of the exhibition. “She is very hands-on, she does lots of things manually”, observes Kazungu. In the artist’s home country, Uganda, the hands play strong roles within religion and spirituality. “My hands are itching to do things. I know how one material will behave just by touching it”, explained the artist during the online talk with the curator. A strong statement indeed when we give a close look at the 35 artworks disseminated between fingers and palm’s map of the show.

“Seat at the Table” is composed of paintings on canvas and paper, collages, and digital art created by Kampala-based (Uganda) artist Pamela Enyonu over the last three years. She started practicing art professionally in January 2017 after working as a copywriter and art director in three top advertising agencies in her city. It is as if her artistic practice has given her strength and braveness to tackle restricted themes in her home country such as sexism, sexuality, color discrimination, and religion. It was at her first exhibition that same year that Ugandan curator and Art Historian Martha Kazungu discovered her practice. “The work of Pamela speaks so many words I cannot speak as a curator or as a writer because it confronts you and makes you question yourself for at least one minute. She is very rich with material and in trying to find things and representing them in the most legitimate way [...] She is a powerhouse, she experiments with the world”, explains the curator. Kazungu currently lives in Hamburg, where she works at the Markk Museum am Rothenbaum and runs the project titled Njabala that works towards creating safe spaces for female artists to interact.

Even though Enyonu resorted to painting only because she could not find other materials to work with during confinement, the series of paintings is nothing less powerful than the other works gathered in this exhibition. The artist depicts black women in very dark skins because she considers herself to be part of the group of people who have the darkest complexion in the world. The female protagonists in “Women of Faith”, “Dako”, and “Quiet Places” are not ashamed of their bodies. Conversely, they are bold, present, fierce. “Rather ironically, in Uganda, a darker skin shade invites stigma because it is regarded as unattractive, and especially so in the case of women, something which has forced many women to opt for the bleaching of their skin”, writes Martha in her curatorial text. In an autobiographical work, Pamela leans on the literal as well as metaphorical scars that she carries in her body.

Virginity, social codes, and deep-seated beliefs in the Ugandan context are constantly addressed in her striking works. In “Stella’s Goat”, for instance, Enyonu criticizes the obsession for virginity. In her home country, when the bride-to-be is proved to be a virgin, her family is rewarded with a goat. She, therefore, depicts a goat as the main character of the painting, who is even more important than the bride herself. In the work, the bride is not present at her own matrimonial ceremony. “Virginity is something that has always haunted me. it is a false kind of modesty. It’s just an idea, meant to benefit someone else”, explains the artist. In that way, she also puts into question the ownership of the female body: who does it belong to if not to the woman herself? The "Apolot" series criticizes the objectification of the female body when depicting women that show love, care, and tenderness for their own selves.

During the live Q&A with founder & director Pauline Foessel, which was held in conjunction with the opening of the online exhibition on Zoom (watch the full conversation on the video above), the personal and professional affinities between curator and artist engaged the public on a journey to a local context in order to discuss a global issue. “I feel the problems related to femininity are universal, it only manifests itself in different ways across different spectrums. This topic is very close to me and whenever I have the opportunity I work with female artists and write about them”, says Martha Kazungu.

“Seat at the Table” by Pamela Enyonu
Curated by Martha Kazungu
On view from November 19, 2020
Exclusively on Art Curator Grid 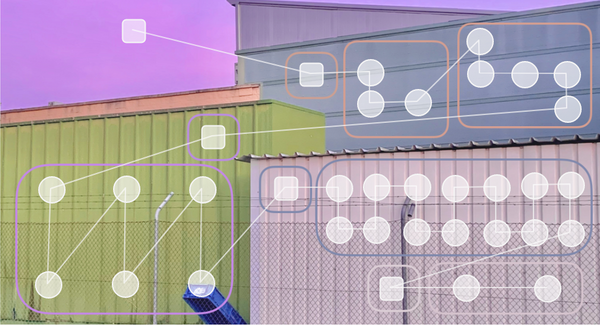 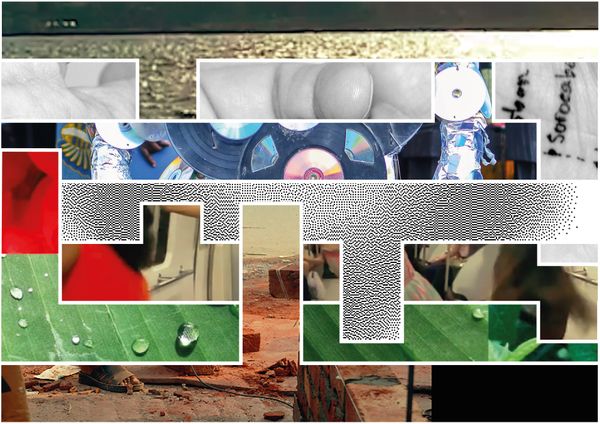